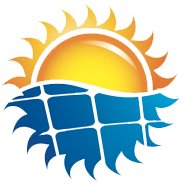 Nicholas Campanella, is the founder of the Company and has been its President and a Director since its inception in 2009. He has served in many roles of community service as environmental commissioner and chairman of economic development committee as well as Grand Knight for the Knights of Columbus. Mr. Campanella has been a business owner since 1996 in various manufacturing and sales divisions. Mr. Campanella attended New York Institute of Technology in 1984, where he majored in Business Management.